Guardmine is an app-controlled next-gen portable safe which not only assures tight security for belongings but can also serve as an alarm, speaker, power bank and baby monitor.

How about a safe that is portable and can trigger an anti-tamper alarm when a stranger touches it? How about that same safe that can also double as a speaker, a baby monitor and even a power bank? Sounds slightly utopian, right? Well, a team of innovators from Austria has recently launched a breakthrough compact and versatile safe on Kickstarter that accommodates all these functions mentioned above in one handy book-size device. Titled “Guardmine”, the device is an app-controlled 5-in-1 safe with an alarm, speaker, power bank and in-built monitoring camera in one. 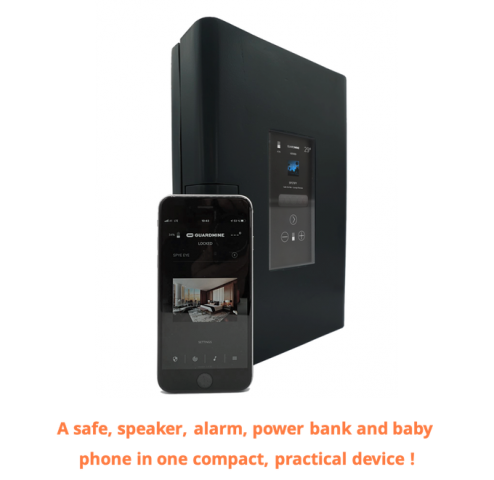 The FIRST-of-its-kind, Guardmine represents an exclusive blend of some of the most advanced technologies that have been brought together to create the most versatile safe in the world.

“If you have ever been pickpocketed you know how frustrating the whole thing could be. Yes, you might have a big metal safe at home to guard your valuables but you can’t carry the huge safe while you are on move. So, what about the protection of your cash and other valuables when you are traveling? Well, this is where Guardmine comes to the rescue. Sporting an elegant design, our handy safe is just the size of an average book and can be carried easily while you are on-the-go”, stated Ries Bouwman, Guardmine.

The device will be connected to the signature Guardmine app on the user’s phone which will secure it with a 4 digit security code. In other words, the safe can only be opened with the right security code. Such an arrangement prohibits access to the belongings inside the safe for anybody who doesn’t know the right 4 digit code. Added to cash, Guardmine houses room for other valuables too like cards, driving license, passport, keys and mobile phone.

“Guardmine is not just another safe in the current market- it’s the most multifunctional safe you have ever seen. The device comes with a built-in alarm that will alert you at a piercing 120 decibel sound if anyone tries to tamper with it. Besides, Guardmine also sports a built-in motion sensor that will alarm you if anybody approaches the device when you are not around- say when you are out and the safe is at your home. The device comes with a camera as well, and when the motion sensor is triggered it activates the camera so that you can actually see what’s going on around your safe when you are being alerted through the Guardmine app.”

Per the statements of the spokesperson, there is a Baby Phone feature in the Guardmine app which would help to monitor little ones in the cradle when parents are not around. All the user would need to do here is connect the safe to Wi-Fi, turn on the ‘Baby Phone’ feature on the app and place the device in close proximity to the baby. If the safe senses any increased  movement, its motion sensor will alert the user via the app. 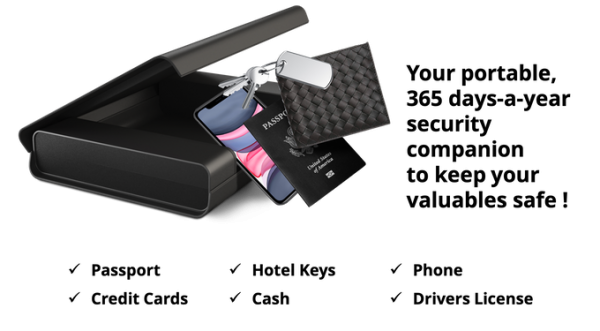 Guardmine further carries a powerful built-in speaker that will allow users to enjoy music for hours through Bluetooth streaming from the phone to the device. The safe also resolves the problem of a flat phone by instant recharge facility, thanks to its high-capacity built-in Li-ion battery.

“Practical, versatile, classy and safe, Guardmine is sure to be your go-to, must-have device in the near future. With Guardmine, our aim has been to develop the most versatile and practical safe which will look good and also be easy to carry while on-the-go. And yes, it’s sturdy and tough, able to withstand impacts without compromising the valuables inside. However, such a high-end device demands robust financial backing and hence this Kickstarter campaign. Your generous support will enable us to bring Guardmine to life and make things safer and simpler for all of us.”

Backers will be rewarded with special Kickstarter discounts on Guardmine units. To show your support for the campaign, please go to https://www.kickstarter.com/projects/guardmine/guardmine-the-ultimate-5-in-1-smart-safe?ref=dp7cmo

I jumped the queue to get an expiring vaccine. Did I do the right thing?

I Was There When: AI helped create a...