Art Can Heal The Rift Between The Inner And Outer Worlds In People With Eating Disorders, Obesity, And Discomfort With Their Bodies

An American artist once stated, “The artist must create faster than the world destroys,” and “When art ends, the world will end.” 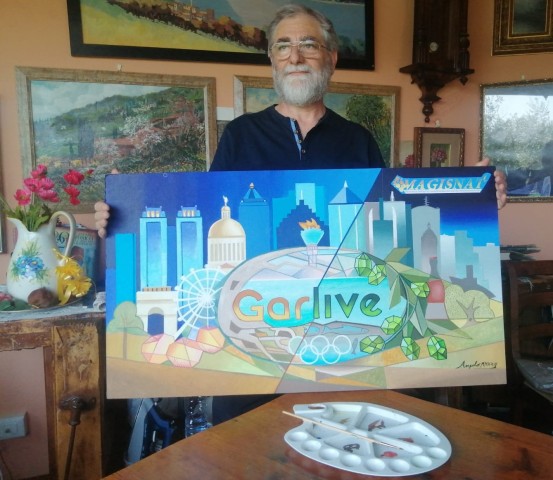 Nowadays, the world is flooded by many pathologies with psychological components due to the rift between one’s inner world and outer world created by modern society. Some examples of these pathologies that have widely recognized psychological components in science are eating disorders, obesity, and discomfort with one’s body, as happens to those who suffer from lipedema.

To explore these issues, the innovative spin-off MAGISNAT, based at Atlanta Tech Park in Peachtree Corners, Georgia, was formed. MAGISNAT’s goal is to study the Mediterranean diet and the molecules contained in plants typically employed in this dietary pattern.

MAGISNAT’s research focuses on olive tree polyphenols, and its main activities are scientific research in genetics and biochemistry on the above-mentioned diseases, the popularization of the Mediterranean lifestyle, and the promotion of dietary supplements developed in its own research laboratory.

MAGISNAT cares deeply for the well-being of people suffering from these disorders and believes well-being has physical, social, and psychological components. This is why MAGISNAT aims to deal with culture and lifestyle in addition to research and science.

Guided by this vision, MAGISNAT is collaborating with Italianpainter Angelo Miglioli, who has restored several frescoes in prestigious cathedrals, including paintings of the school of Leonardo Da Vinci, Mantegna, and Pitocchetto. Additionally, Miglioli developed an entirely personal style while also gathering cues from the futurist artist Fortunato Depero, from whom he also picked up the idea of developing works in the post-futurist style dedicated to advertising.

Miglioli created the work from which the GARLIVE and MAGISNAT logos were later derived. After the creation of this work which was commissioned by Dr. Matteo Bertelli (the founder of MAGISNAT),a new art circle was born called “Only Art Will Save the World”. Its goal is to make art known and valued in today’s complex and difficult society, and to spread it as a tool for healing the rift in many people between their inner world and outer reality.

Our next project will probably be the exhibition titled Only Art Will Save the World, which will be held at the headquarters of MAGISNAT in Atlanta Tech Park in Peachtree Corners, Georgia.

Artists and associations who would like to contribute to the realization of this project can email Dr. Bertelli at info@magisnat.com.

Dr. Bertelli firmly believes that spreading knowledge about the Mediterranean lifestyle can help many people with eating disorders around the globe. To this end, he believes that Italy is one of the best places to live because of the Mediterranean diet and also because it is the home of Renaissance-era architects who captured perfect proportions and designs which led to the construction of the capital cities, where most people live even today. Dr. Matteo Bertelli also remarks that “the order of the external world, created by Renaissance architects and sculptors, is reflected in the internal world of the individual, leading to his or her well-being”.

MAGISNAT is driven by the idea of science meeting art for collective welfare. In conclusion, art and the Mediterranean diet, as well as science and research, can powerfully merge together to lead people around the world to better health.