An animated GIF is a graphic with multiple images that loop one after another, creating motion. The format is popular for social media memes, but GIFs also appear on commercial web pages to provide instructions or showcase a product. 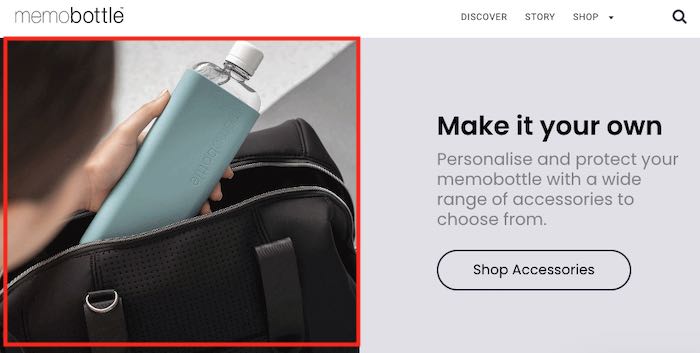 The image at left is an animated GIF. It appears on Memobottle, a Shopify-powered seller of reusable bottles.

Optimizing an animated GIF for organic search rankings is more or less the same as an image. Google can understand the meaning of many images. But adding text remains helpful for sending relevant signals.

The biggest hurdle with animated GIFs is large file sizes, which slow down a page. Compressor is a free tool to minimize GIF files, making them much lighter.

Still, use only one animated GIF per page, even if it’s compressed. Remember, too, that there’s no way to pause or listen to a GIF, making it difficult for vision-impaired users on screen readers. Hence accompany an instructional GIF with a video for that reason.

In short, animated GIFs can diversify your content, provided they are not overused.