U.S. vs. Google: How the Antitrust Lawsuit Impacts Merchants 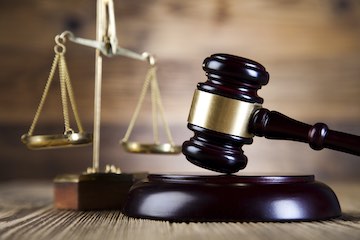 On October 20, the U.S. Department of Justice and 11 states filed an antitrust lawsuit against Google. The case, which will likely take years to resolve, could impact most consumers and businesses, including ecommerce merchants.

In this article, I’ll provide an overview of the Justice Department’s case against Google. Throughout, I’ll concentrate on what it means for merchants.

The Case against Google

The DOJ seeks to restrain Google from maintaining monopolies in three areas:

Monopoly gatekeeper. The DOJ claims that Google has become “a monopoly gatekeeper for the internet.” In other words, consumers’ access to the internet is controlled by Google. This might seem outrageous at first glance. But, as the DOJ describes in detail, Google does indeed control the vast majority of search access points on personal computers and mobile devices in the United States.

Even on devices and technology that it did not produce, Google has coerced its partners — Apple, Samsung, and all the major telecommunications companies — to relinquish control over internet searches (to Google).

Google controls these search access points through a series of exclusionary agreements. It’s seemingly impossible to delete most Google mobile apps and difficult to replace Google as the default search engine because Google mandates this behavior from its partners, which include device manufacturers (Samsung, LG), browser developers (Apple Safari), and the telecoms (AT&T, Verizon).

Default placements. Google’s exclusionary agreements include clauses that mandate certain default settings on browsers and hardware (mobile devices, desktop computers, and so-called smart devices). Google forces its partners to make Google the default search engine. Even Apple has entered into this type of agreement whereby Google is the default search engine for Apple’s Safari browser. The DOJ provides evidence indicating that Google understands that most users do not bother to switch a device’s default search settings.

Reinforcing monopolies. Google’s partners rely on the revenue generated by Google’s exclusionary agreements. For example, Apple reportedly received $9 billion from Google in 2018 and $12 billion in 2019. Further, it is presumably too expensive for Google’s partners to develop competing search engines.

Huge payoffs from the exclusionary agreements and forced default settings have created what the Justice Department calls continuous and “self-reinforcing monopolies.”

Massive data. Collecting data at a massive scale effectively eliminates competition. Google alone can collect, combine, and analyze an incredible amount of data. Google uses this exclusive and massive volume to improve its own search engine and as a weapon against potential competitors.

Without access to data, no company can attempt to produce a viable and competitive search engine. According to the DOJ, since 2009 no other search engine has achieved more than a 10-percent market share. Google has maintained a market share of 80 to 90 percent.

The Justice Department asserts the harmful consequences of Google’s dominance over search, as follows.

Advertisers. The DOJ claims that “countless advertisers must pay a toll to Google’s search advertising and general search text advertising monopolies.” In other words, businesses have no choice but to use Google for advertising because there are no alternatives.

There are many advertising channels in the United States, of course. However, none have Google’s reach. None are legitimate competitors. As such, Google can inflate the cost of advertising to the detriment of advertisers.

Consumers. With limited search options, “consumers are forced to accept Google’s policies, privacy practices, and use of personal data,” according to the DOJ.

Merchants. Ecommerce merchants are both advertisers and consumers. Merchants, however, suffer an additional penalty. Google, according to the DOJ, “has pushed the organic links further and further down the results page and featured more search advertising results.”

In other words, merchants’ attempts to improve organic search rankings through useful, unique content is ineffective or not as effective as paying Google for advertising space. As the Justice Department notes, this raises costs, reduces competitiveness, and limits merchants’ ability and incentive to attract customers.

As a summary, and perhaps as a way to rally public opinion, the Department of Justice concludes (italics added by me) :

For the sake of American consumers, advertisers, and all companies now reliant on the internet economy, the time has come to stop Google’s anticompetitive conduct and restore competition.

Google has not formally responded to the DOJ’s lawsuit at the time of writing. But observers foresee four defensive themes.

Google is dominant for a reason. Google is constantly improving its products, attracting more customers and partners, and otherwise beating its competitors. The DOJ is attempting to punish Google for being successful.

Most Google products are free or near free. This argument suggests that Google cannot be a monopoly because its search tools are free. Opponents argue that while Google search is free, advertising is not. Furthermore, searches are not really free because users pay by relinquishing their data.

The lawsuit is political.  Bashing big-tech companies is an easy way for politicians to attract attention and divert attention from solving more divisive issues, such as a pandemic. The DOJ’s suit is nothing more than a political play, according to Google defenders.

The U.S. District Court for the District of Columbia has given Google until mid-November to respond. A trial could begin as soon as November 20. The proceedings, however, could drag on for years.

To Drive Conversions, Spy on Competitors

Editorial Newsletters Are the New Blogs