More than 100,000 ETH locked for staking via Kraken in four days 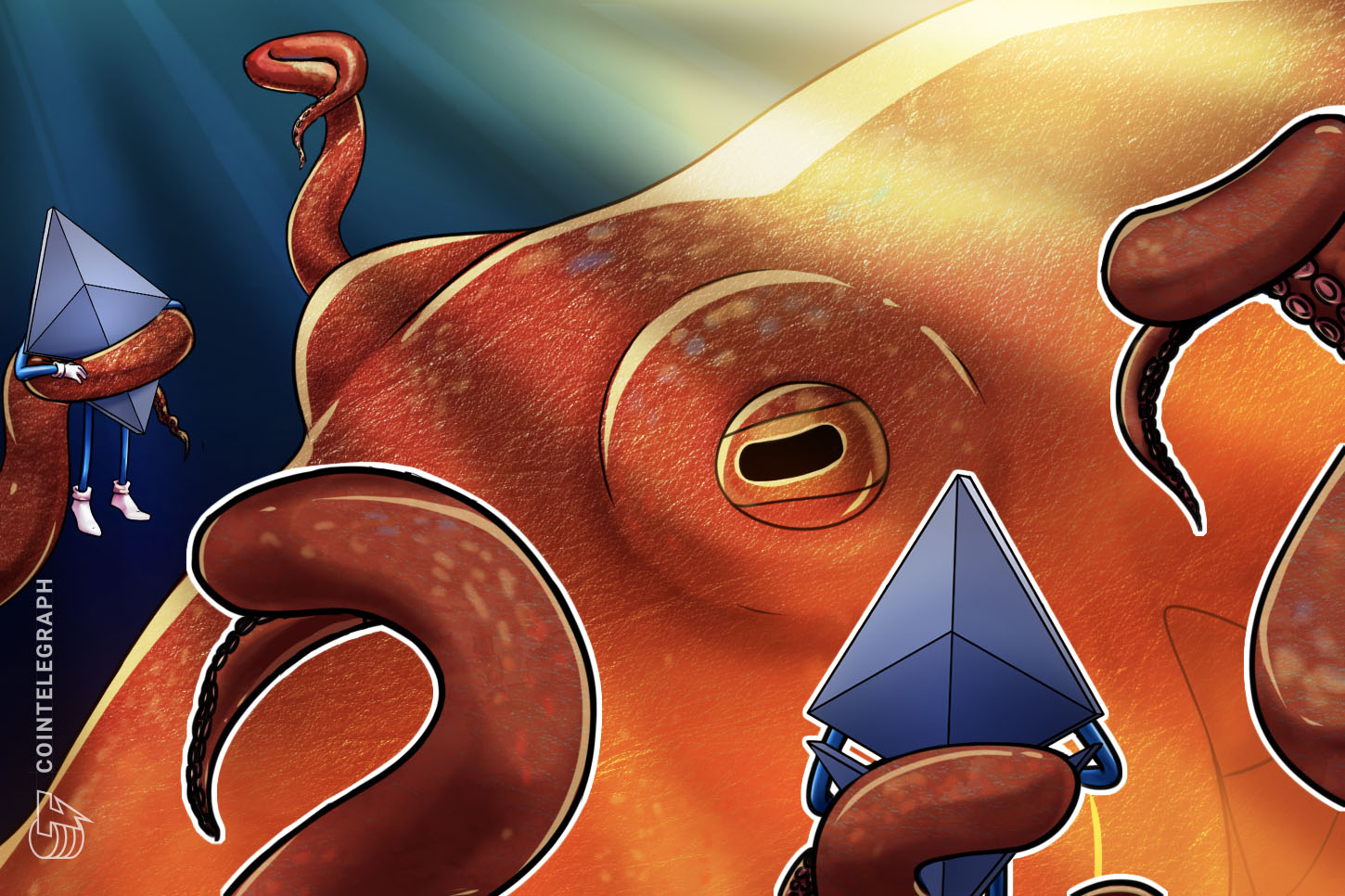 Just four days after it launched its Eth2 staking service, customers of the popular U.S.-based cryptocurrency exchange Kraken have deposited more than 100,000 Ether, worth north of $60 million.

The milestone was surpassed on Dec. 8, with the exchange estimating that its staking service represents approximately 8% of all ETH staked for Ethereum 2.0 so far. Kraken estimates that its service will provide an APY of between 5% and 17%.

Kraken’s vice president of product, Jeremy Welch, stated that the exchange has “long been a supporter of Ethereum,” noting that Kraken was one of the first exchanges to list Ether in August 2015.

Welch also noted that Kraken’s ETH trading volumes are typically equivalent to between 15% and 40% of daily Bitcoin trade as of Dec. 1.

Kraken is not alone in offering Eth2 staking as a service, with Binance, Huobi, and Bitcoin Suisse all launching their own services over the past week. OKEx also expects to launch its own service by the end of month, while Coinbase will join the fray in “early 2021.”

As such, a significant percentage of staked ETH could become centralized among a handful of major exchanges.

“MEW is rightly regarded as one of the original Ethereum wallets and it is only fitting that MEW users can now take advantage of our staking infrastructure to participate in Ethereum’s major upgrade.”

While the launch of Eth2’s beacon chain at the start of the month enabled staking for ETH, stakers will not be able to withdraw their tokens until Eth2 transfers are enabled — with onlookers speculating the functionality is unlikely to come online within the next 12 months.

Many stakers appear to have gravitated to third-party service providers so they don’t have to worry about incurring slashing as a consequence of disruptions to their node.

Some Eth2 validators have already complained of their Ethereum becoming locked until withdrawals are enabled without being able to earn rewards due to slashing penalties.

It’s Time to Shift Away From Zoom Video and Other Covid-19 Tech Plays, J.P. Morgan Says. What to Buy Instead.